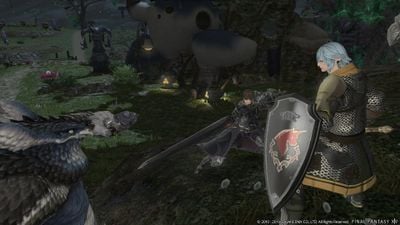 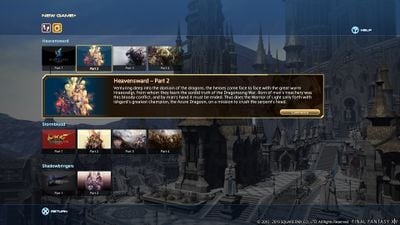 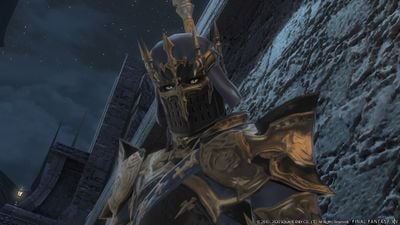 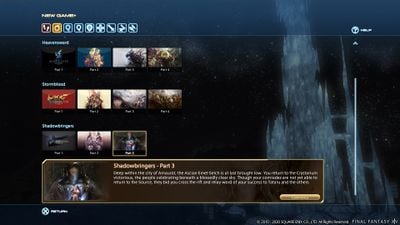 This brand-new system will allow for replay of previously completed quests while retaining one's current progression and job level.

Take a trip down memory lane to revisit previously completed quests, cutscenes, dialogue, and battles not found in the Unending Journey, all while keeping your current character and level. Patch 5.1 includes the main scenario quests for Heavensward, Stormblood, and Shadowbringers, allowing you to relive all your favorite moments.

New Game+ is a feature introduced in Shadowbringers patch 5.1

After completing the Main Scenario Quest

The Ultimate Weapon, speak with the Wistful Whitebeard in Western Thanalan (X:12.0 Y:14.0).

From the main menu, select Duty, then New Game+. A list of replayable chapters will be displayed. Upon completion of the final quest in a given chapter, you will automatically exit New Game+ mode.

To temporarily exit New Game+ mode and regain access to these features, open the New Game+ interface by selecting New Game+ under Duty in the main menu, then select Suspend.

The following restrictions will be in effect while playing in New Game+ mode.

In New Game+ mode, the story is divided into various chapters. As you progress through the game and complete certain quests, new chapters will automatically be unlocked.

Chronicles of a New Era