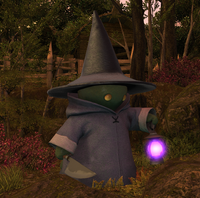 Marberry is a Rank A Elite Mark found in Upper La Noscea. 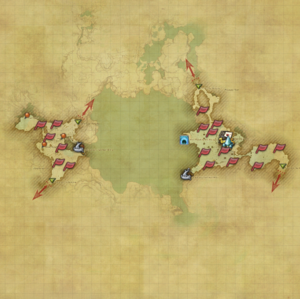 Of the scores of thaumaturges lost questing for the Wanderer's Palace, Maruta Noruta was perhaps the least remarkable. Aside from the Lalafellin adventurer's singular yet unflattering hat, little of him is remembered.
It is likely he would have been entirely forgot were it not for the fact that his hat resurfaced soon after, upon the head of a tonberry painting the shores of Bronze Lake with the blood of adventurers.

Do Not Sell My Personal Information
Retrieved from "https://ffxiv.consolegameswiki.com/mediawiki/index.php?title=Marberry&oldid=332101"
Categories: