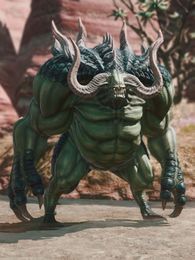 Buccaboo is a Rank B Elite Mark found in The Peaks. 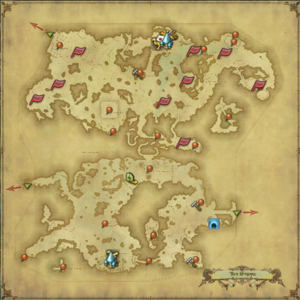 The fisherfolk what drop their lines in the rivers here in the Peaks have a custom o' leavin' behind a part o' their catch on the banks─a way to express their gratitude to nature, or summat.
Well, a muud suud runt by the name o' Buccaboo was certainly grateful, since eatin' them fish is how he survived exile from his clan.
One day, though, he decided it'd be quicker to snatch his meals straight from the fisherfolk themselves. He grew larger an' larger, an' eventually the fish weren't enough to satisfy him. That's when he moved on to manflesh...

Do Not Sell My Personal Information
Retrieved from "https://ffxiv.consolegameswiki.com/mediawiki/index.php?title=Buccaboo&oldid=274705"
Categories: