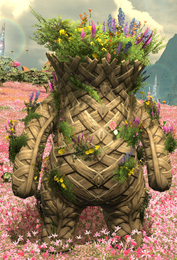 Domovoi is a Rank B Elite Mark found in Il Mheg. 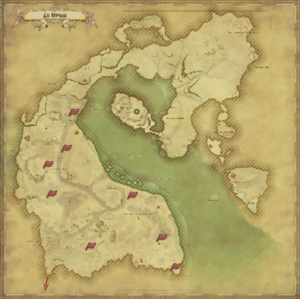 Oh, that's a sad tale, it is. There was this pixie who couldn't bear to be without company, you see, and so it used its magicks to fashion a constant companion─Domovoi. It was a construct loyal as they come, bound to serve its master forever and ever and ever...until the little pixie crossed paths with a sin eater. No one knows how long it's been since Domovoi was deprived of its master and meaning, but it still wanders Il Mheg, searching in vain for the one who gave it life.

Do Not Sell My Personal Information
Retrieved from "https://ffxiv.consolegameswiki.com/mediawiki/index.php?title=Domovoi&oldid=231124"
Categories: