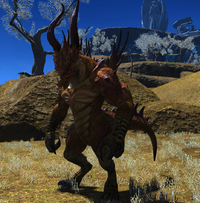 Bune is a Rank A Elite Mark found in The Churning Mists. 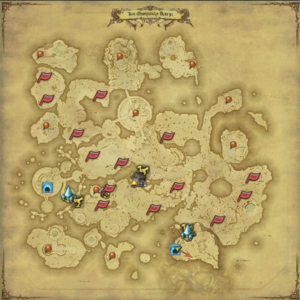 Most heretics are drawn from common stock, but there are more than a few nobels among them too. One such fellow was the husband of a lay Temple Knight–unbeknownst to her, he abused his position to steal the order's secrets and feed them to dragons.
For years the nobleman passed sensitive information to the Horde, until the day he grew weary of his double life and supped from the scaly cup, transforming himself into a monstrous scalekin. His plan was simple–to slaughter his family, feign his own death, and join with the dragons.
Thanks to the timely intervention of the order, the former parts of his plan were foiled, but the beast broke their cordon and succeeded in fleeing to Dravania. It was one of the Temple Knights who put the bounty on his head–the very lady who was once his wife.