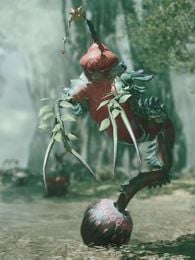 Mindmaker is a Rank B Elite Mark found in The Rak'tika Greatwood. 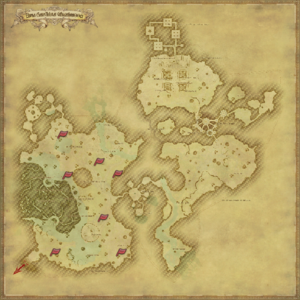 You have encountered the tomatl before? A plant which hungers for flesh, it masquerades as an earthen vessel, and bursts forth to seize unsuspecting prey, which it consumes after much softening with acid. A dangerous foe indeed, but the Mindmaker is more so. Larger, stronger, faster, more deadly by every measure it is. Why Mindmaker, you ask? I cannot say with confidence, but I believe it has something to do with its habit of devouring the heads of its prey first, and the speculation that it grows wiser with each consumed.

Do Not Sell My Personal Information
Retrieved from "https://ffxiv.consolegameswiki.com/mediawiki/index.php?title=Mindmaker&oldid=274720"
Categories: