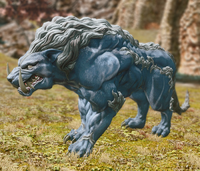 Thextera is a Rank B Elite Mark found in The Dravanian Forelands. 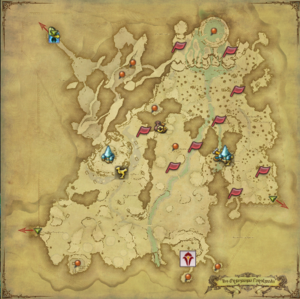 Ye'll 'ave seen them bandersnatches prowlin' about off to the north, right? Well, there's one o' their number that's been causin' the chocobo 'unters such a ball ache they've put a bounty on its 'ead.
Instead of 'untin' fer chocobos like a good little bandersnatch, this Thextera's been takin' 'is meals from the trade caravans plyin' the trail 'twixt Tailfeather an' Ishgard'
Those caravans bring in the supplies the 'unters need to survive, an' carry back the chocobos they catch to be sold at market. The beast's been 'elpin' 'imself to a bit o' both, an' the drivers beside. If the caravans are Tailfeather's lifeblood, then Thextera's the knife in its neck.