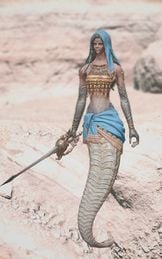 Shadow-dweller Yamini is a Rank B Elite Mark found in The Fringes. 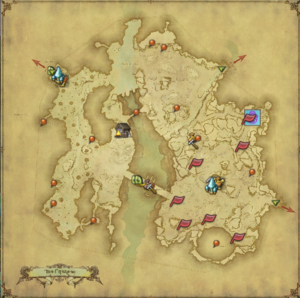 Amongst the Qalyana there was a maiden known as Yamini. Born under a star of resplendent arcane bounty, her potent magicks brought her to the unfortunate attention of imperial recruiters.
Alliance spies determined that they took the Ananta lass to a well-secured corner of Ala Mhigo, where they imprisoned her inside a testing facility.
What foul experiments they performed upon her, I cannot say, but when she was at last released, Yamini had lost all semblance of her former self. She dwelled in a place of shadow, existing only to bring harm unto others.

Do Not Sell My Personal Information
Retrieved from "https://ffxiv.consolegameswiki.com/mediawiki/index.php?title=Shadow-dweller_Yamini&oldid=274712"
Categories: