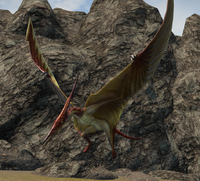 Aswang is a Rank B Elite Mark found in The Azim Steppe. 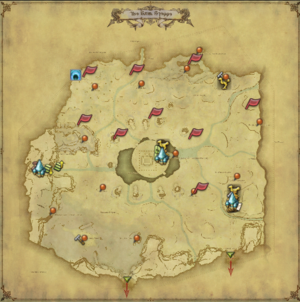 A merchant visiting from beyond the steppes claimed he was attacked by a monster from the sky.
At first we thought he spoke of a Yol or a Muu Shuwuu, but the trader insisted that it was neither of these. “A giant winged lizard,” he said, in the face of much laughter.
And yet his was not the last sighting of this fantastic beast. Forced to accept the truth of its existence, we call it by the word the merchant taught us in his native tongue: Aswang.