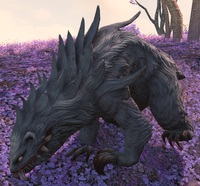 La Velue is a Rank B Elite Mark found in Lakeland. 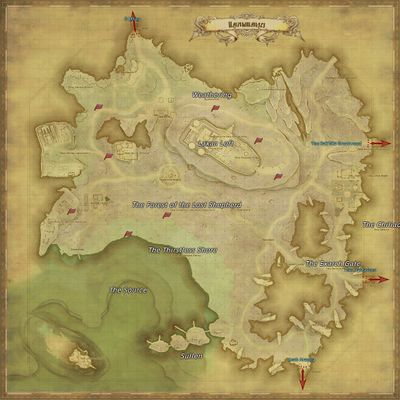 La Velue's a right bastard of a wolverine. Been reported attacking smallfolk and devouring livestock, and on the occasions some of the guard were able to respond, he made short work and a quick meal of them too. Understand he's not some rabid, uncontrollable beast, though. He's quick and cunning─able to size up an opponent and go to ground if he thinks he's overmatched. More than few foolish Nutters made the mistake of pursuing him like any other common prey...and paid the ultimate price for it. One of them was the fiancée of a friend of mine. Vengeance was sworn, as you'd expect, but I'd rather have you spare him the trouble.

Do Not Sell My Personal Information
Retrieved from "https://ffxiv.consolegameswiki.com/mediawiki/index.php?title=La_Velue&oldid=262663"
Categories: