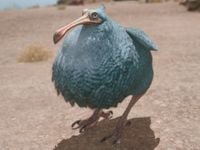 Coquecigrue is a Rank B Elite Mark found in Kholusia. 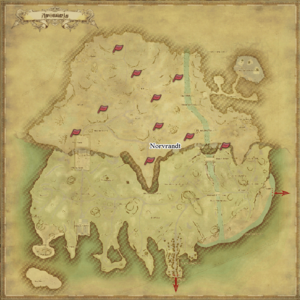 You may have noticed the rails which roam the wilds surrounding Wright. Coquecigrue may be likened to a king of sorts. On the whole, the beasts can be highly aggressive and territorial. Indeed, they drove away nearly all other competing species, and those they could they simply slaughtered. They've even been known to attack travelers and residents of Gatetown. At this rate, I shouldn't be surprised if they march on Wright en masse. And so before it comes to that, we believe we should teach these feathered menaces a lesson in respect, starting with their leader.

Do Not Sell My Personal Information
Retrieved from "https://ffxiv.consolegameswiki.com/mediawiki/index.php?title=Coquecigrue&oldid=274715"
Categories: