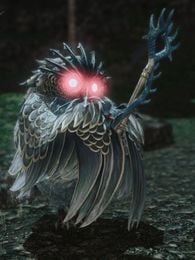 Stolas is a Rank A Elite Mark found in The Dravanian Hinterlands. 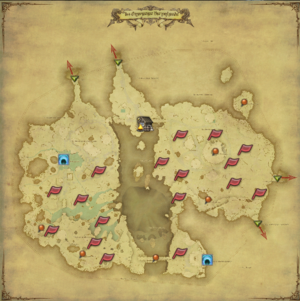 You'll never guess who put the bounty on Stolas's head─it was sent by a Sharlayan astrologian, all the way from his homeland across the seas.
He lived here before the exodus, conducting his scholarly experiments. In one such trial, he used his magicks to bind an owl to him as a familiar. The test succeeded, but by some quirk of fate, the owl gained a prodigious intelligence, outstripping even that of its master.
But when the exodus came, the owl revolted. It attacked its master, stole a tome of forbidden knowledge, and escaped into the hinterlands. It seems the tome contains secrets of such cataclysmic power that, for the safety of the realm, this owl cannot be suffered to live.