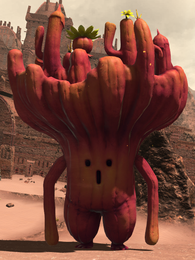 Maliktender is a Rank A Elite Mark found in Amh Araeng. 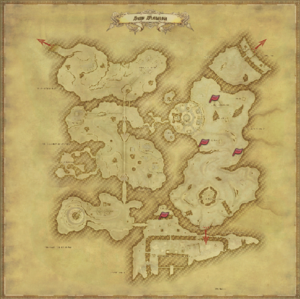 Here's a language lesson for you: Malik means “king” or some such in the old tongue, so take a wild guess what Maliktender means. That's right. You'll know him when you seem him. Picture a gigantender, then picture his ornery liege lord. And there you have it. Some scholars say that the damned things can live more than two hundred years in the right conditions, which means this bugger could have been shambling about since before the Flood, for all we know...

Do Not Sell My Personal Information
Retrieved from "https://ffxiv.consolegameswiki.com/mediawiki/index.php?title=Maliktender&oldid=331316"
Categories: