Udumbara is a Rank S Elite Mark found in The Fringes. 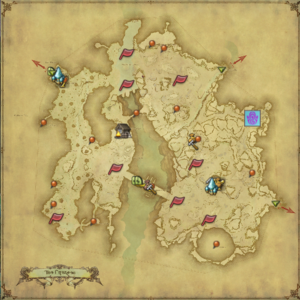 Ah, the elusive Udumbara. Patient. Silent. Deadly. This massive man-eating plant is rarely seen until it bursts forth from the ground to feed.
So difficult is this mark to find, it takes its name from a tree of legend whose flowers are said to bloom only once every three thousand years.
One theory has it that Udumbara sense the silent screams of nearby vegetation, their unheard cacophony bringing word of approaching prey. Maphap there is a way to use this knowledge to coax the monster from its earthen nest...


Do Not Sell My Personal Information
Retrieved from "https://ffxiv.consolegameswiki.com/mediawiki/index.php?title=Udumbara&oldid=226431"
Categories: