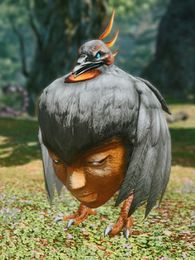 Supay is a Rank A Elite Mark found in The Rak'tika Greatwood. 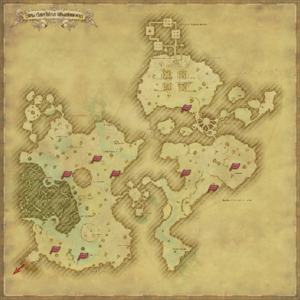 Some time ago, there were a series of disappearances. Younglings who vanished without a trace from Slitherbough. We thought them taken by the Children, but eventually learned who the true culprit was. Of the countless rails that call the Greatwood home, Supay is the largest and most formidable. Unlike its brethren, it feeds not on plants, but on flesh and blood... It is an ambush predator, striking fear into its prey with a shrill cry before attacking in full force. This was witnessed by one of our scouts. Thus did we name it for a bird of Ronkan legend whose mournful song heralds death and doom.

Do Not Sell My Personal Information
Retrieved from "https://ffxiv.consolegameswiki.com/mediawiki/index.php?title=Supay&oldid=230409"
Categories: