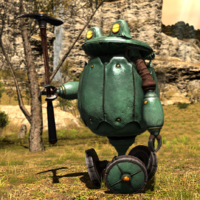 Indomitable is a Rank B Elite Mark found in Kholusia. 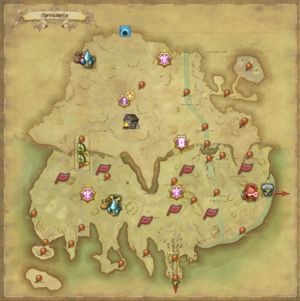 100 Sack of Nuts if the mob is the weekly Elite Clan Nutsy Mark Bill.

You may be interested to learn that this mark was brought to our attention by a resident of Amity, way up above. Apparently, it's an automaton the Goggs originally built for mining that malfunctioned and has since been attacking anything and everything that moves. Considering this spat I hear's been going on between the dwarven factions for a while now, I wouldn't be surprised if the malfunction was in truth sabotage...but regardless, a mark's a mark.