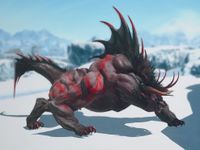 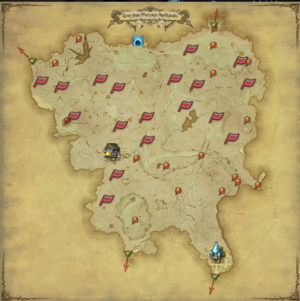 100 Allagan Tomestones of Poetics and

No doubt you've heard of Behemoths, those monstrous beasts that have been a bane on Coerthas ever since the Calamity. Adventurers like you have faced them in battle countless times, and have been meeting with more and more success of late.
However, there is one among their number that has always made good its escape, even when gravely wounded by the swords and spells of myriad adventurers. Due to its giant size and superior strength, it has become known as the king of behemoths.
They say that this kaiser behemoth, whose body is crisscrossed with the scars of a thousand battles, seeks any opportunity to avenge itself on the adventurers who defeated its brothers. If you value your life, I'd avoid doing anything to arouse its ire.