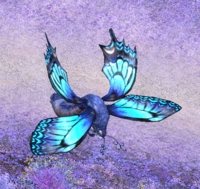 Itzpapalotl is a Rank B Elite Mark found in Lakeland. 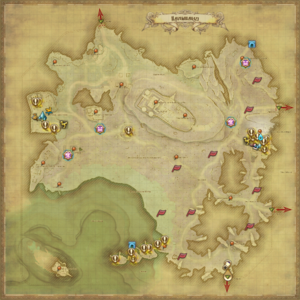 The guard have their work cut out for them keeping the local fauna in check, but they manage well all things considered. However, there's one mark that continues to be a nuisance. The Ronka called it Itzpapalotl, a moth or some such that feasts on the blood of the living. You might scoff at the thought that a moth could be so dangerous, but know this: that moth once attacked a Crystarium outpost and claimed the lives of several good men and women. Do not underestimate the moth.

Do Not Sell My Personal Information
Retrieved from "https://ffxiv.consolegameswiki.com/mediawiki/index.php?title=Itzpapalotl&oldid=245516"
Categories: