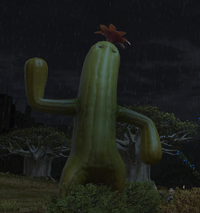 Sabotender Bailarina is a Rank A Elite Mark found in Central Thanalan. 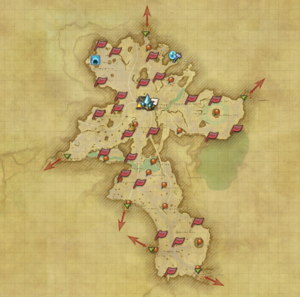 Sabotender Bailarina blooms but once every two score years. The flowers are remarkable less for their appearance, which are pedestrian enough, and more for their fragrance.
The scent has been described by naturalists as an olfactory equivalent of fingernails on slate, and sends sabotenders into violent frenzy. Whether the effect arises from discomfort or lust is unknown.

Do Not Sell My Personal Information
Retrieved from "https://ffxiv.consolegameswiki.com/mediawiki/index.php?title=Sabotender_Bailarina&oldid=332105"
Categories: