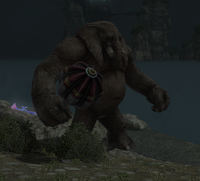 Gajasura is a Rank A Elite Mark found in Yanxia. 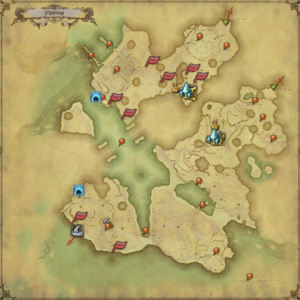 Gajasura uses his abilities all in a row, making it one of the most predictable A-Rank Hunts.

A beast tribe originating in the Near East, the Matanga are a hulking race of giants easily recognized by their mammoth-like heads.
They have difficulty with the tongues of men, and were thus not recognized as a sapient people by the conquering imperials. Subjected to oppression and hostility, some clans found themselves driven from their own territory.
These displaced Matanga drifted ever further east, where they survived by becoming raiders and pillagers. If any might be called their leader, it is the one known as Gajasura.

Do Not Sell My Personal Information
Retrieved from "https://ffxiv.consolegameswiki.com/mediawiki/index.php?title=Gajasura&oldid=213908"
Categories: