Worm of the Well

Worm of the Well 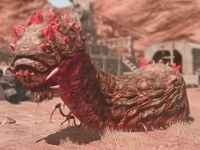 Worm of the Well is a Rank B Elite Mark found in Amh Araeng. 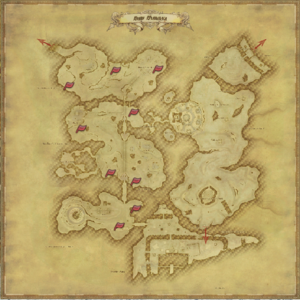 100 Sack of Nuts if the mob is the weekly Elite Clan Nutsy Mark Bill.

It's recommended to be touching the chest of the worm, so that there is less distance to travel to avoid the conal AoE with Heavy status, which can be done by moving to one of its sides. The most challenging one to avoid is Poison Breath because it has no telegraph, but when you see it casted, avoid it the same way you would avoid Sand Breath.

Story goes that there was this fellow way back when. Bloody obsessed with all things fishing and with a penchant for strange ideas. Heads to Malikah's Well one day to take the air and to try something new. He'd caught a small but lively little worm swimming about in the sand, and reckoned it'd make for fine bait. Goes to stick the hook in, when what does the little bugger do but jump right out of his hands and escape. Fair bit of time passes before the notorious worm makes its first appearance. Just how it got so big is anyone's guess, but some speculate that it was that same worm, grown fat and strong off all kinds of fish in the well, hence the moniker.