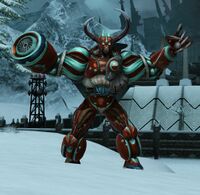 Armstrong is a Rank S Elite Mark found in Garlemald. 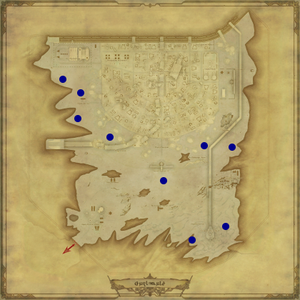 The Enceladeum is—er, was—the Garlean Empire's greatest magitek manufactory. Many an innovation in engineering technology developed within its intimidating halls.
Most recently, its engineers were focused on the development of humanoid machina. One of their latest models, dubbed "Armstrong," was designed with a self-regulation system never before seen in the Empire's machina.
Unlike your standard machina, which require mission parameters and combat protocolos be programmed in advance, Armstrong is highly autonomous—and indeed has been described as having "a mind of its own." If it sights allied troops in danger, for example, it will rush to support them.
With Garlemald in its current state, however, who knows what it's getting up to? The Faculty of Engineering certainly doesn't, but is nonetheless determined to find out what makes Armstrong tick...which is, of course, where you come in.