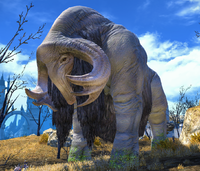 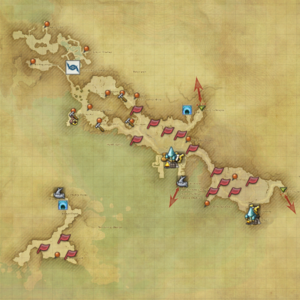 Each La Noscean Leek gathered has a chance to spawn Bonnacon, provided its random timer is up.

Once known as a mild and even affectionate beast, Bonnacon is afflicted with a fit that comes upon him like a caul of fire.
Tossing his great head in torment and rage, this bull gores to death his unfortunate victims, many of them greengrocers. Phrontists have implicated a rare variety of cabbage in triggering the violent attack.
The Maelstrom should worry a mite less about fish and a mite more about these other creatures, if you ask me-the kind that's killing folk right now in western La Noscea, for example.