Aegeiros is a Rank A Elite Mark found in Garlemald. 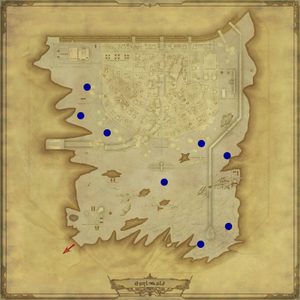 Rimestorm and Snowball apply Vulnerability Up, Deep Freeze and Ice Resistance Down II to the targets they hit, preventing movement.

Though researchers in Labyrinthos have pioneered technology capable of controlling the local climate, such control requires an immense amount of variously aspected aether to maintain.
We must find a means to guarantee healthy crops without such technology, in even the most extreme of climes. The capability to do so is vital in cultivating untamed reaches─but also for ensuring stability for already established populaces.
Thus did the Studium's biologists set their sights on Aegeiros, with bark so resistant to cold that it thrives in the most frigid of climes. Admittedly, harvesting a bit of bark would require no great expertise...if our subject weren't known to prey on great bears and the like.