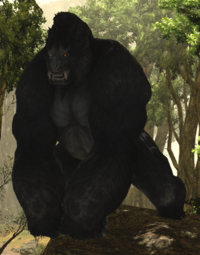 Grassman is a Rank A Elite Mark found in The Rak'tika Greatwood. 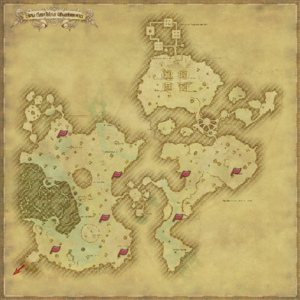 There are many Ronkan legends that have been passed down through the ages, including one which speaks of a great colossus. A guardian spirit bound to serve its creators. And now there are whispers this colossus walks the Greatwood once more, spurred by the discovery of massive tracks. What left these tracks remains a mystery, but I doubt it is this ancient being. Rather, it is likely one of the last remaining apemen. Their numbers have dwindled greatly since the coming of the sin eaters. Why Grassman has come to the Greatwood I cannot say, but I suspect he seeks his fallen brethren in vain...