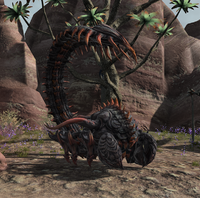 Aqrabuamelu is a Rank A Elite Mark found in The Peaks. 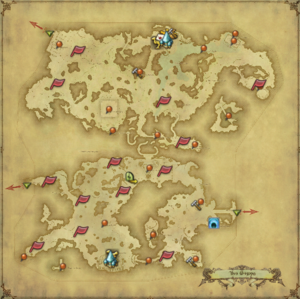 If I asked ye what imperial supply trains fear the most, ye might say an attack by the Ala Mhigan Resistance. An' ye'd be wrong.
Them as escort the Empire's cargo are afraid of a visit from Aqrabuamelu─a bloody enormous lava scorpion with an insatiable appetite for ceruleum.
Every time it sinks its mandibles into a fuel tank, Aqrabuamelu's lava spray grows hotter an' hotter. Aye, hot enough to melt the machina sent to slay it, an' provide the vilekin with yet another ceruleum feast.

Do Not Sell My Personal Information
Retrieved from "https://ffxiv.consolegameswiki.com/mediawiki/index.php?title=Aqrabuamelu&oldid=213959"
Categories: