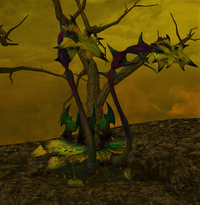 Stench Blossom is a Rank A Elite Mark found in Azys Lla. 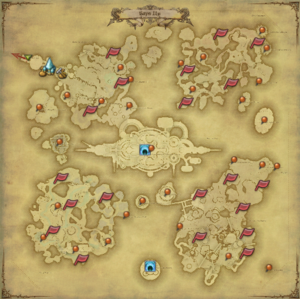 Yep, you heard that right─we've put a bounty on a flower. 'Course, it's not just any flower. It's not just any mark, neither. Only the most fearsome bits of shrubbery get given elite mark status
The stench blossom's a monstrous man-eating plant that's long been extinct in Eorzea, but this merchant's got it on good authority they're still up there on the Allagans' floating island. ...If you count the whisperings of a pebble as “good authority.”
Still, if those monstrosities really are up there, and their spores were ever blown down on the wind and took root in Eorzea again... Well, it doesn't bear thinking about. If there's any chance she's right, whoever destroyed that plant would be doing the world a great service.