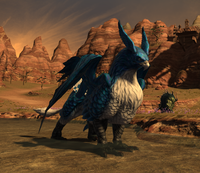 Vochstein is a Rank A Elite Mark found in The Peaks. 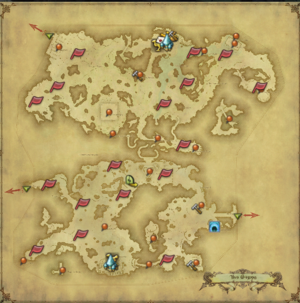 Griffins have been bred in Gyr Abania for generations, but the Vochstein family was famous for the quality of its beasts.
The griffins they raised was sought after by all, an' even the royal house had a few “Vochsteins” in its stables. Then the Empire invaded.
Not wantin' the imperials to steal his prized breedin' stock, the head o' the Vochstein family threw open the door to a certain stall. What flew out in a flurry o' feathers an' talons was the biggest, meanest sire what ever hunted the skies.

Do Not Sell My Personal Information
Retrieved from "https://ffxiv.consolegameswiki.com/mediawiki/index.php?title=Vochstein&oldid=272769"
Categories: