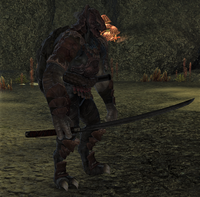 Gauki Strongblade is a Rank B Elite Mark found in The Ruby Sea. 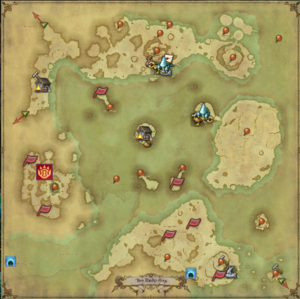 I trust you are aware of the Red Kojin, and their avaricious rampages across the Ruby Sea?
The worst of these raiders is a vicious brute known as Gauki Strongblade.
He is suspected of murdering as many as eight Hingan fisherfolk, his weapon stayed nary a moment by their pleas for mercy. But do not dismiss him as a simple savage─Gauki's skill with the sword is undeniable.