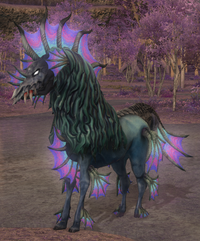 Nuckelavee is a Rank A Elite Mark found in Lakeland. 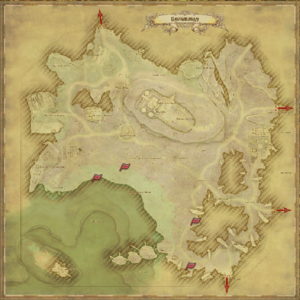 The Kingdom of Rainbows is filled to the brim with fae folk who delight in tormenting us poor mortals, often in ways that result in our demise. Well enough, I suppose, so long as they stick to their territory, but lately there's been talk of some coming into Lakeland. Don't believe me? Then how else can you explain the otherworldly horse seen loitering by the shore, attempting to lure curious folk into the water? 'Tis none other than Nuckelavee. A Fuath wielding glamours, most like, though none can say for certain. What I can say for certain, though, is that if you killed the devil we'd all be better for it.