Scitalis is a Rank B Elite Mark found in The Churning Mists. 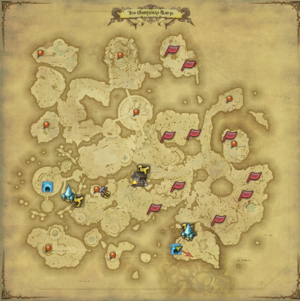 As wyverns grow, they progress through a number of developmental stages, their bodies becoming more and more streamlined with each change. In their final forms, even their horns drop off, leaving them with a sleak shape perfectly suited for flight.
It is one such elder wyvern that has been marked for death by a certain nobleman. It seems that the beast has taken something of a fancy to the fellow's son–a pretty young thing I wouldn't mind gobbling up myself. Mayhap not in the same manner at the wyvern, though...
You should be able to spot this monster easily enough–its sleek, shiny scales have earned it the name "Scitalis," after a legendary dragon with similarly lustrous skin.