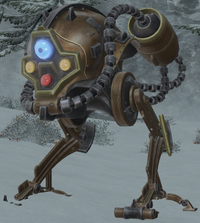 Warmonger is a Rank B Elite Mark found in Garlemald. 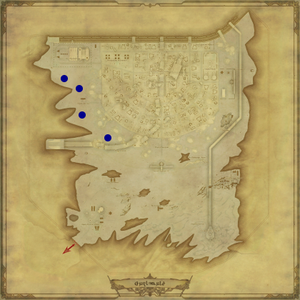 Ah yes, the warmonger...Developed at the Enceladeum, this autonomous, cutting-edge piece of magitek is programmed to ruthlessly slaughter whosoever it determines to be "the enemy." As you may have guessed from its name, it is not particularly discriminating in said determination.
Nevertheless, the Garleans are one or two steps ahead of Sharlayan when it comes to mechanical engineering, so faculty and students both are champing at the bit to study it.
Given its nature as an unfeeling machine of mass murder, it would be difficult and likely unwise to retrieve in an operational state. However, should it be appropriately dismantled, its parts ought to be sufficiently edifying.