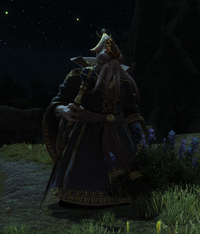 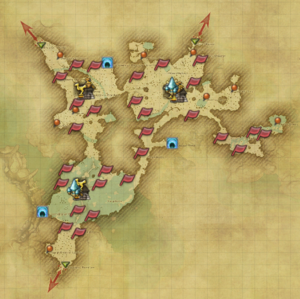 Mindflayer will spawn from midnight (00:00 Eorzea Time) on a New Moon night when a player travels over its intended spawnpoint.

Mindflayer, a major voidsent also notable for its dealings with the remnants of the Lambs of Dalamud in the Black Shroud.
Of the twelve tiers of the voidsent hierarchy put forth by scholars, the Mindflayer falls into the fifth. It has a grisly penchant for sucking out the brains of men, its favored prey.
Most rumors are to be dismissed out of hand, yet this is not one of them. Moonless nights are when their rites grow the foulest. Only death and decay can chisel for them a foothold in this world. Walk with Menphina, adventurer, lest the hunter become the hunted.