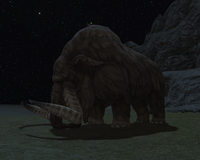 Girimekhala is a Rank A Elite Mark found in The Azim Steppe. 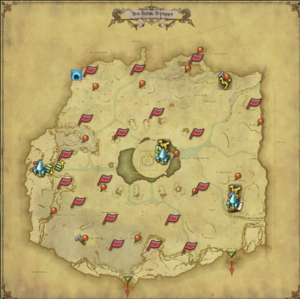 10 Allagan Tomestones of Astronomy. Players will also have a chance of obtaining a

All of Girimekhala's attacks can be easily prevented or dodged by staying as close to Girimekhala as possible.

A mammoth is a large and powerful beast. But any Xaela who calls herself a hunter can dance around one of these steppe behemoths and bring it down with spear or bow.
Yet even the elders caution us to avoid the moving mountain known as “Girimekhala”─that we would not survive to their age if we did not.
An outsider scoffed at their words. Thinking to slay this king of mammoths and bask in our adulation, he set off in all confidence, musket in hand. He soon returned, sweat-drenched and shaking, swearing the bullet had bounced off Girimekhala's wooly hide.