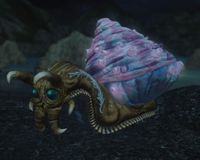 Oni Yumemi is a Rank A Elite Mark found in The Ruby Sea. 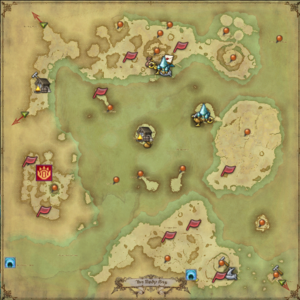 In the lands of Hingashi, if a creature should appear even slightly larger than its kin, it is soon appended with the title of “oni.” The oni yumemi is a perfect example of this.
This demon specimen, however, earns the description not only for its size─though it is certainly large─but also for its violent behavior.
The oni yumemi shocks its prey into unconsciousness, and feeds while the victim is lost in dreams. And if that wasn't sufficiently horrific, this mark is rumored to wield powers of freezing ice...

Do Not Sell My Personal Information
Retrieved from "https://ffxiv.consolegameswiki.com/mediawiki/index.php?title=Oni_Yumemi&oldid=219670"
Categories: