Agathos is a Rank A Elite Mark found in The Churning Mists. 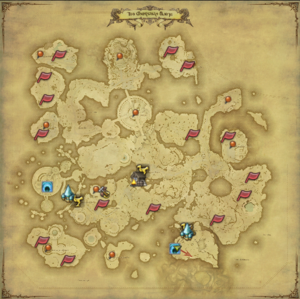 Do you know the story of Saint Valeroyant? Ten score years ago, he served as an Azure Dragoon, and won glory by driving away the great wyrm Nidhogg. This very square still bears his name, though his image has seen better days.
He was an unrivaled warrior who dealt death to dragon after dragon, but there was on that always managed to slip his cluthes–Agathos, feared across the land as the Black Death.
Naught has been seen of the creature since Valeroyant's passing, but in recent years, rumors have been spreading of a shadow of Agathos's size and shape appearing in the clouds above Dravania. Could this be our change to bring Valeroyant's legend to a close?