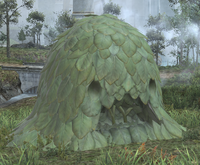 Green Archon is a Rank B Elite Mark found in Labyrinthos. 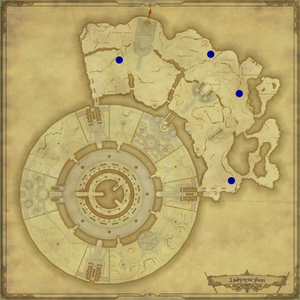 Are you familiar with a species of seedkin called the "genomos"? Yes, well, while their resemblance to topiary does render them absolutely adorable, they are also quite carnivorous.
Genomoi typically prey upon small animals that draw near them for shade. Alas, a particular specimen has grown enormous with its insatiable appetite, and mice and the like do naught to satisfy its hunger.
We have termed this specimen the "green Archon" in hopes that the name will give unwary scholars pause ere approaching, but I fear that their desire to study it will soon outweigh their sense of self-preservation...