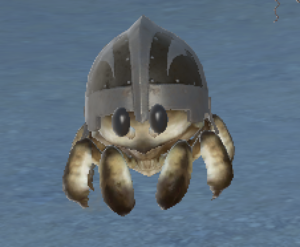 Dark Helmet is a Rank B Elite Mark found in Western La Noscea. 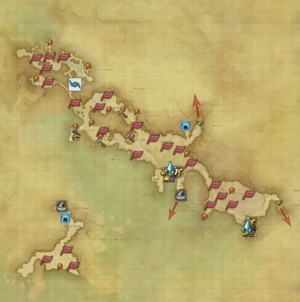 A hermit crab of less eremitic bent, Dark Helmet began its love affair with armor when it traded in its snail shell for some nameless Lalafell's helm.
Its salvaging ways abandoned on the sands alongside outgrown and rusted headgear, Dark Helmet lives to acquire larger and finer heaumes-often still occupied by their former owners' grey matter.

Do Not Sell My Personal Information
Retrieved from "https://ffxiv.consolegameswiki.com/mediawiki/index.php?title=Dark_Helmet&oldid=274680"
Categories: