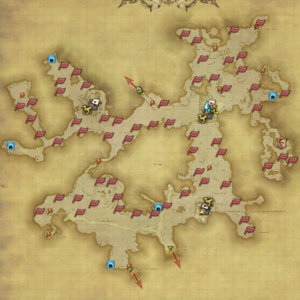 Falling to 1 HP or dying in the zone has a chance of spawning Safat, assuming its random timer is up.

A winning combination of size and agility, the dragon Safat spends much of its time winging its way through the Sea of Clouds.
A scream or two, however, never fails to bring the Safat streaking down to its prey, attuned as the beast is to human terror and misery.
Cunning hunters have been known to work themselves into a delirium of fear in order to bait the dragon. Results have been mixed.