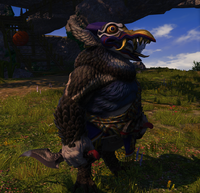 Zone
The Sea of Clouds

Sanu Vali of Dancing Wings is a Rank B Elite Mark found in The Sea of Clouds. 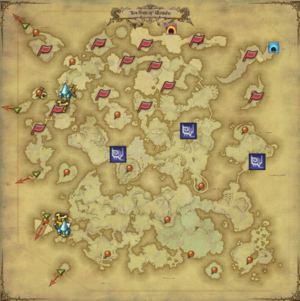 The Sea of Clouds

The Vanu Vanu are a beast tribe native to the Sea of Clouds, and they're not short of a few decent hunters and fighters.
Sanu Vali's one of their best and brightest─a Vanu warrior who wields her twin blades to such devastating effect, her compatriots revere her as a force of nature. The Rose Knights who often come into conflict with the birdmen hold her in equal and opposite regard.
The Vanu are wont to put on something of a show before they enter battle, and it's the graceful majesty of Sanu Vali's own war dance that has earned her the moniker “of Dancing Wings.” That said, the only “wings” you'll need to worry about are the steel ones she holds in her claws.