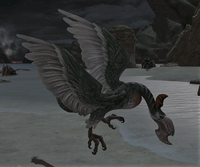 Guhuo Niao is a Rank B Elite Mark found in The Ruby Sea. 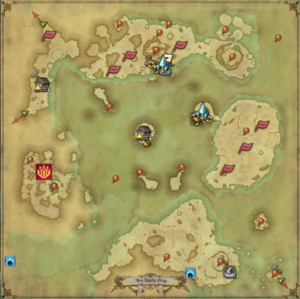 In the carnival tents of Kugane, I have seen hornbills trained to mimic the speech of men.
Such a trick seems harmless enough, until you hear of the birds' wild cousin.
There is a cunning cloudkin known as Guhuo Niao which has taught itself a sinister way of hunting. Whimpering and wailing in the voice of a swaddling babe, it lures in its unsuspecting prey. The victims are found torn and pale, their bodies all but drained of blood...