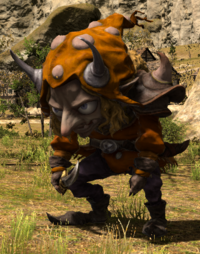 Li'l Murderer is a Rank A Elite Mark found in Kholusia. 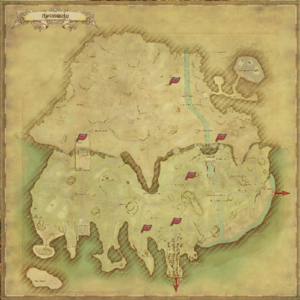 Folks on Kholusia have never gotten on all too well with hobgoblins. There's been conflict for as long as anyone can remember. They're clever enough to use tools, but they lack patience and foresight. You'll never catch them plowing a field, to say the least. Building's not in their nature─but thievery and destruction, they most certainly are. Li'l Murderer, as some have taken to calling him, is perhaps the worst of the lot. A liar and a scoundrel who has swindled countless innocents, relieving them of their worldly possessions and often their lives as well. He is a cunning fiend and is not to be underestimated.

Do Not Sell My Personal Information
Retrieved from "https://ffxiv.consolegameswiki.com/mediawiki/index.php?title=Li%27l_Murderer&oldid=227118"
Categories: