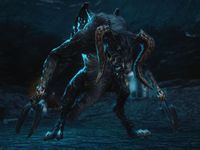 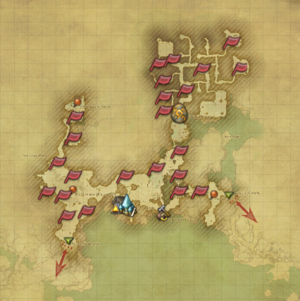 Assuming its spawn timer is up, when a player dies in Outer La Noscea; it has a chance of spawning. Where and how don't matter at all!

65 to 71 hours after it's killed; or alternatively 39 to 43 hours after maintenance has ended.

In death does Chernobog find its purpose, and so the scent of corse-flower is sweet to this creature.
A stele unearthed at Nym records that Chernobog was summoned during the War of the Magi in the Fifth Astral Era, for the conquest of the Floating City.
The ploy failed and Chernobog was bound at great cost, by the efforts of some two score phrontists of Nym. What broke the tethers is not known, though there are theories ranging from the Calamity to the humble weevil.