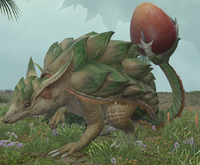 Vajrakumara is a Rank B Elite Mark found in Thavnair. 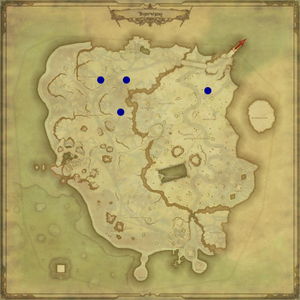 Thavnair is home to a plethora of rare and unusual fauna, but there is perhaps none so unique as the vajralangula. These creatures use their tails to pluck fruit and wave it about as a means to court mates.
Said three-pronged tail clasped about an amra bears a mighty resemblance to the vajra—a weapon oft depicted alongside local divinities—hence the species's name.
Our naturalists would like to study the aforementioned tail, and require a specimen in its youthful prime as a sample. Naturally, they've gone and set their hearts on a particularly ornery one, and naught else will do...