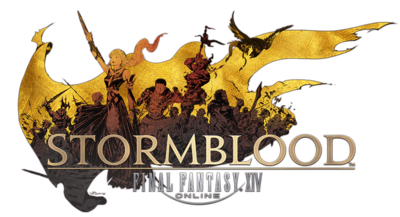 Stormblood (considered version 4.0 of the game) is the second expansion for Final Fantasy XIV, after Heavensward. It was released on June 20, 2017 with early access started on June 16th.

With the release of Shadowbringers, Stormblood is no longer sold on its own, but included with purchase of the newest expansion.

New tales of daring and adventure await as the Warrior of Light prepares for a journey beyond the borders of Aldenard. Yet what new dangers await in Gyr Abania and Othard in the Far East? Behold the beauty of these distant lands and the beastmen and primals that threaten to plunge them into chaos.

Having brought an end to the thousand-year conflict between dragon and man in the north, the Warrior of Light and his comrades prepare to liberate Ala Mhigo, a land conquered by the Garlean Empire twenty years ago. Meanwhile, in the Far East, the freedom fighters of the fallen nation of Doma struggle to rekindle the fires of hope in their countrymen.

The time has come to embark upon a new adventure to realms near and far─to rise up with the people of Eorzea and the Far East, and cast down the curs of Garlemald! 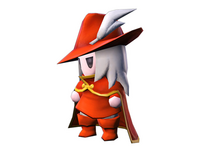 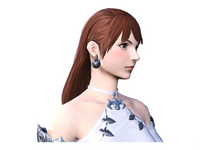 Ala Mhigan Earrings - Increases EXP earned by 30% when level 50 and below. 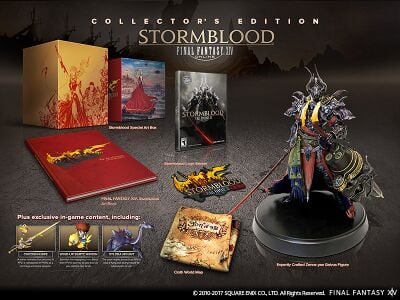 The theme song for Stormblood is called Revolutions and it is composed by Nobuo Uematsu and features vocals by Susan Calloway, similarly to Heavensward's theme song.