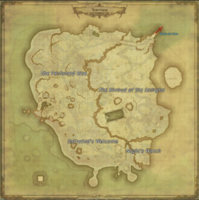 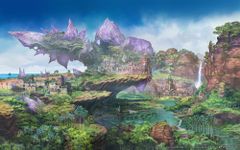 In the Bounty's southeastern waters lies the isle of Thavnair, where tropical coastline soon gives way to dense rainforest─though the intense heat and sweltering humidity remain much the same. The region is known as a rich source of the magically infused stone giantsgall, and the distinctive violet glow from its rocky outcrops lingers in the memories of visitors long after they depart its shores. 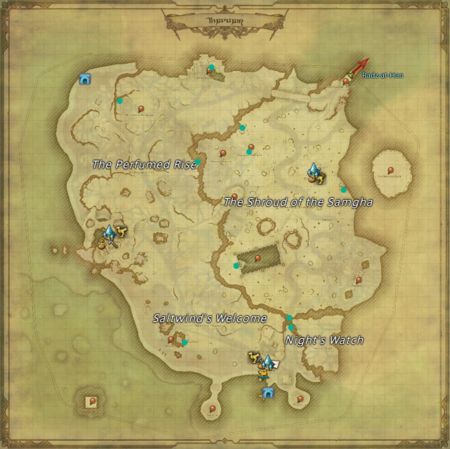 A map showing the locations of aether currents in Thavnair

This zone is associated with the following achievements: