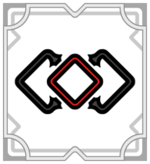 The banner of Garlemald. 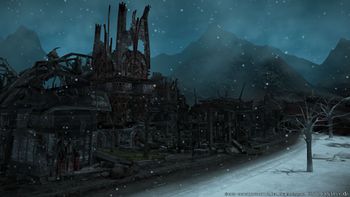 The Garlean Empire controls the majority of the Three Great Continents, the enormous landmass that encompasses Eorzea. Until some fifty years ago, Garlemald was a remote and sparsely populated nation which held little more than a fraction of the northern continent of Ilsabard. But with the arrival of a technological golden age and the concurrent emergence of a brilliant young legatus -- now the reigning emperor -- in the span of a single generation Garlemald established itself as one of the most formidable forces in all of Hydaelyn.

Garlemald, the seat of the Garlean Empire, is a nation located to the northeast of Eorzea. Specializing in magitek machinery, powered by a refined form of aether known as ceruleum, Garlemald is considered to be one of the most technologically advanced nations. However, this technological golden age fed Garlemald's hunger for conquest, and the once-sparsely populated nation became the empire it is known as today. The Empire is known for ruling with an iron fist, suppressing all -- the "savages" of conquered lands most of all -- who fall under its rule.

In Final Fantasy XIV, the Garlean Empire serves as the major antagonist in the Warrior of Light's story.

The emblem upon the Garlean flag is a chain in abstract design. It symbolizes the value the native sons and daughters of Garlemald hold dear: tight unity amongst their small number. In like fashion, the crimson central link represents all those who have perished in the name of the Garlean people.

Currently, the Empire is led by Varis zos Galvus.


Do Not Sell My Personal Information
Retrieved from "https://ffxiv.consolegameswiki.com/mediawiki/index.php?title=Garlemald&oldid=348999"
Categories: