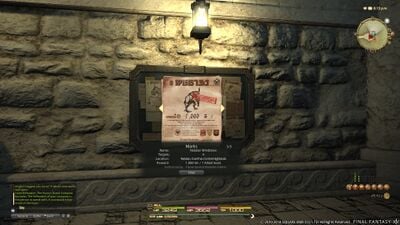 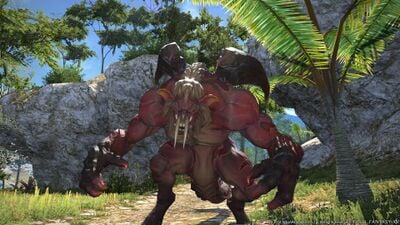 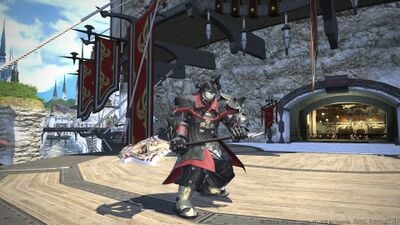 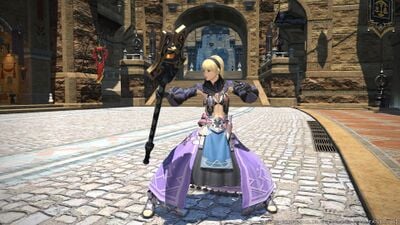 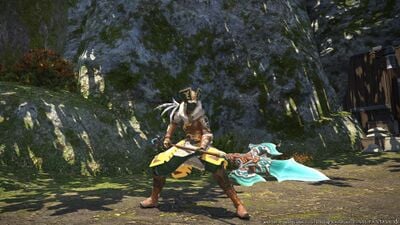 The Order of the Twin Adder DPS Gear Reward

The Hunt is an initiative established by the Eorzean Alliance, offering a bounty to adventurers who aid in quelling the threat posed by notably dangerous monsters that prowl the lands of Eorzea. Players can kill Elite Marks all over Eorzea and receive various rewards or participate in Mark Bills and kill specific regular monsters. The Hunt was first introduced in patch 2.3.

The Hunt (A Realm Reborn)

To retrieve mark bills from the Hunt board, players must first reach rank Second Lieutenant in their Grand Company and complete one of the following quests:

To unlock all the clan hunt bills in Foundation you must complete the following quests.

Unlocked with the following quests in Kugane starting at level 61. Cannot be started until Elite and Dangerous is completed.

Unlocked with the following quests in the Crystarium starting at level 70. Cannot be started until Elite and Dangerous is completed.

Unlocked with the following quests in the Old Sharlayan starting at level 80. Cannot be started until Elite and Dangerous is completed.

Elite Mark Bills task the players to kill a Rank B Elite Mark. By killing the B mark, a player is awarded

Where can I find Marks I have accepted?

Look in your inventory key items to see the Mark bills you have accepted.

While Regular Marks denote enemies commonly found in the wilds of Eorzea, Elite Marks denote powerful enemies that only appear under certain conditions. They are ranked according to the risk they pose: B Rank (lowest risk), A Rank, and S Rank (highest risk).

New marks are posted on the Hunt board at the following times:

EXP by completing them. The level 1, 2, and 3 marks refresh daily, while the Elite (B-rank) mark bill is once per week.

EXP by completing them. The One-star, Two-star, and Three-star marks refresh daily, while the Elite (B-rank) mark bill is once per week.

Nutsy Clan Hunt is the new Mark Bills system introduced in Shadowbringers (5.0). Players can receive Nutsy Clan Mark Bills from the Clan Hunt Board in The Crystarium (x9.5,y9.4) or in Eulmore, The Understory. These Marks are divided into 4 types: One-nut, Two-nut, Three-nut, and Elite (B-rank). They task the players to hunt down various enemies in Shadowbringers areas. Players are awarded with

EXP by completing them. The One-nut, Two-nut and Three-nut marks refresh daily, while the Elite (B-rank) mark bill is once per week.

Guildship Hunt is the new Mark Bills system introduced in Endwalker (6.0). Players can receive Guildship Mark Bills from the Clan Hunt Board in Old Sharlayan (x11.8,y13.2) or in Radz-at-Han. These Marks are divided into 4 types: Junior, Associate, Senior, and Elite (B-rank). They task the players to hunt down various enemies in Endwalker areas. Players are awarded with

EXP by completing them. The Junior, Associate and Senior marks refresh daily, while the Elite (B-rank) mark bill is once per week.

Hunt marks are always the level cap of the expansion they are in and have a unique name, like White Joker, instead of a generic one like Ground Squirrel. They are also physically larger than standard enemies of the same species and generally feature a unique coloration.

B-Ranks offer no direct reward. Players can hunt them for the Weekly Elite Mark Bill, which will reward 100 of that expansion's hunt currency and

5,000 gil. B-Ranks are passive and so have the tier 4 blue symbol next to their name.

A-Ranks offer rewards to players if they have completed the appropriate side quests to unlock the hunt for that expansion. They reward a pitiful amount of experience. The respawn time will start when the mark is killed. A-Ranks are aggressive and so have the tier 4 red triangle next to their name.

S Ranks require specific conditions to occur to spawn. To view a list of conditions check the Elite Marks page. S-Ranks can be identified by the same red mark as A-ranks and a message in chat that says You sense the presence of a powerful mark....

SS-Ranks have the same symbol as S-Rank as well as You sense the presence of a powerful mark... in the chat, but are only spawned after an S-Rank in Shadowbringers or later is killed. There is an RNG chance when such an S-Rank is killed that it will spawn minions. These will appear in 4 corners of the map the S-Rank died in: North-East, North-West, South-East, South-West. If the minions are all killed within 5 minutes, an SS-rank will spawn, which offers more rewards than an S-Rank

There are a limited number of spawn points a Hunt Mark can spawn on a map. A spawn point cannot be shared between marks. The spawn point of a mark is pre-selected on death of the mark. Therefore, even if a specific rank is down, another mark will not be able to spawn in the selected spot. IE: If an S-Rank is not currently alive, a B-rank will not be able to select it's pre-selected spawn point to spawn in. This can be used to deduce an S-rank's spawn location by process of elimination (via the quickly reswpawning B-rank).

Hunt mark rewards are based on enmity of the player, not damage dealt. The enmity of the entire party is combined, so forming 8-player Full Parties is often essential to recieve full rewards. Players must also have completed the quests for

Sacks of Nuts) to receive those currencies. You must kill the mark on a level-capped Job to receive Allagan Tomestones other than

Both regular and elite bills list a bounty for their indicated marks. This bounty will be paid in full once the marks have been slain.

Most datacenters maintain a Discord server for coordinating and announcing what the players call "Hunt trains" as well as relaying S-rank sightings. During a train, players will party up (usually via Party Finder) and teleport from zone to zone killing all of the A-rank marks in a given expansion in rapid succession. This will earn 120/240 of the current Allagan Tomestones,

360 Poetics, and 480 of that expansion's hunt currency... if all twelve marks are available.

However, if the marks have been "poached" or "sniped", meaning killed by rogue players, then the overall train earns fewer rewards, and the poachers themselves also fail to benefit at all from the train. Poaching also sets off a chain reaction by de-syncing that mark's respawn timer from the others, meaning it will likely idle out and despawn before the other marks have come back up, potentially requiring days to a week before coming back into sync for the trains.