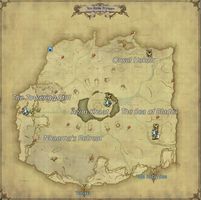 Map of The Azim Steppe

The plains of the Azim Steppe stretch far and wide to sustain these nomadic peoples and their way of life. A vast expanse of grassland that stretches across the far reaches of northern Othard, the Azim Steppe is said to be the ancestral home of the Au Ra, and remains to this day the home of the nomadic Xaela clan. Devout worshipers of the Dawn Father and the Dusk Mother -- Azim and Nhaama -- the Xaela are known for their unique set of beliefs. They are divided into fifty different tribes, all of which are very territorial and are engaged in a constant and fierce battle for land.

The Azim Steppe is a zone in Othard (region).

The Azim Steppe is a zone in Othard populated almost exclusively by the nomadic Xaela clan. Many of the individual Xaela tribes choose to compete in the Nadaam, a ceremonial battle for rulership over the Steppe. This rulership, currently held by the Oronir tribe, lasts until the next Tsagaan Sar (Lunar New Year). When the rules of the Nadaam are not in effect, the tribes maintain their own independence and conflict often arises between them.

Most foreign visitors come to the settlement of Reunion, guarded by the Qestir tribe. It remains a neutral spot for traders from all over the realm to sell their wares. 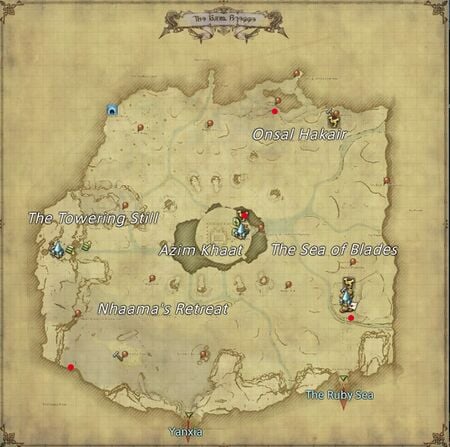