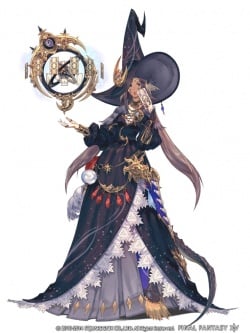 Ever has man coveted knowledge, and none more so than that of his fate. Thus did he labor to master the skill of foresight—but initial efforts bore little fruit. That is, until he looked to the stars above, which foretell the coming seasons, and learned to read the heavens. Though this gift is known today as astrology, the people of Sharalyan saw fit to not only read the stars, but to write their movements as well. By attuning their aetherial energies to that of constellations, they learned to wield magicks with heretofore unseen properties. Thus was astromancy born—a new form of magick which grants its users power over fate. Employing a star globe and divining deck in their miraculous deeds, fortune always smiles upon these masters of arcana.

Astrologian is a job introduced with the Heavensward expansion and unlockable at level 30. It is one of four Healer jobs and does not have a base class. It is considered a "pure" healer, along with white mage, specializing in strong burst healing and healing-over-time.

The Astrologians' Guild, called Athenaeum Astrologicum, is in The Pillars. The job trainer is Jannequinard, who is located in The Pillars (15.2,10.0).

Astrologian was first introduced in 2014 Fan Fest in Tokyo, featuring a card-swapping astrologic healer who wields a star globe. It has a few requirements in order to be unlocked:

The astrologian is a disciple of magic and wears armor "of Healing." They use star globes as weapons. The following crafting classes can create items that are useful to the astrologian:

Left side of Arcana Gauge allows Astrologians to keep track of which card (Arcanum) is currently drawn. An Arcanum is drawn by using the action Draw, and is used by using action Play. 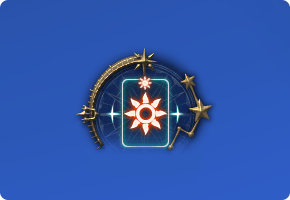 Upon learning the action Enhanced Draw II, you'll be able to view Astrosigns, located at top of the gauge. Lunar, Solar and Celestial are the three Astrosigns, and one of these will be stored whenever you active card. This only happens while engaged in combat - even though card's effect will be applied, you will not receive Astrosign. Received Astrosign depends on used card.

When three Astrosigns have been applied, you can use them to perform Astrodyne. Your goal is to collect ideally all 3 distinct Astrosigns, as this will trigger better effects of Astrodyne. 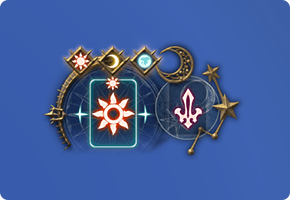 Arcanum "The Balance" drawn on the left, drawn Minor Arcanum Lord of Crowns on the right and 3 stored Astrosigns on the top.